Should Hackney politicians have serious views on the supernatural?

Last week, during a shameful episode of self-Googling, I discovered that a 2009 Blood and Property post had been revisited by Iain Sinclair in his 2011 book Ghost Milk. Here's a link to the excerpt in Google Books:  http://bit.ly/1GeCbXe

The original posts he referred to were:

Is the supernatural significant (in Hackney politics)?
Survey responses in Do Hackney Politicians believe in ghosts?
This was interpreted by Chris French, Psychology professor at Goldsmiths.
And Iain provided a quote about it too at the time: Sinclair scorns councillor ghost stories.

With the General Election coming up, is it worth putting a question like this to Meg or Diane? Last time (2010) Meg said: 'To be brutally honest I've got better things to do with my time than answer questions like that' - but she did answer lots of other questions about what she hoped to do as an opposition MP.

Otherwise, to find out what policies you really like when the party labels are removed take this survey here: Voteforpolicies.org.uk. 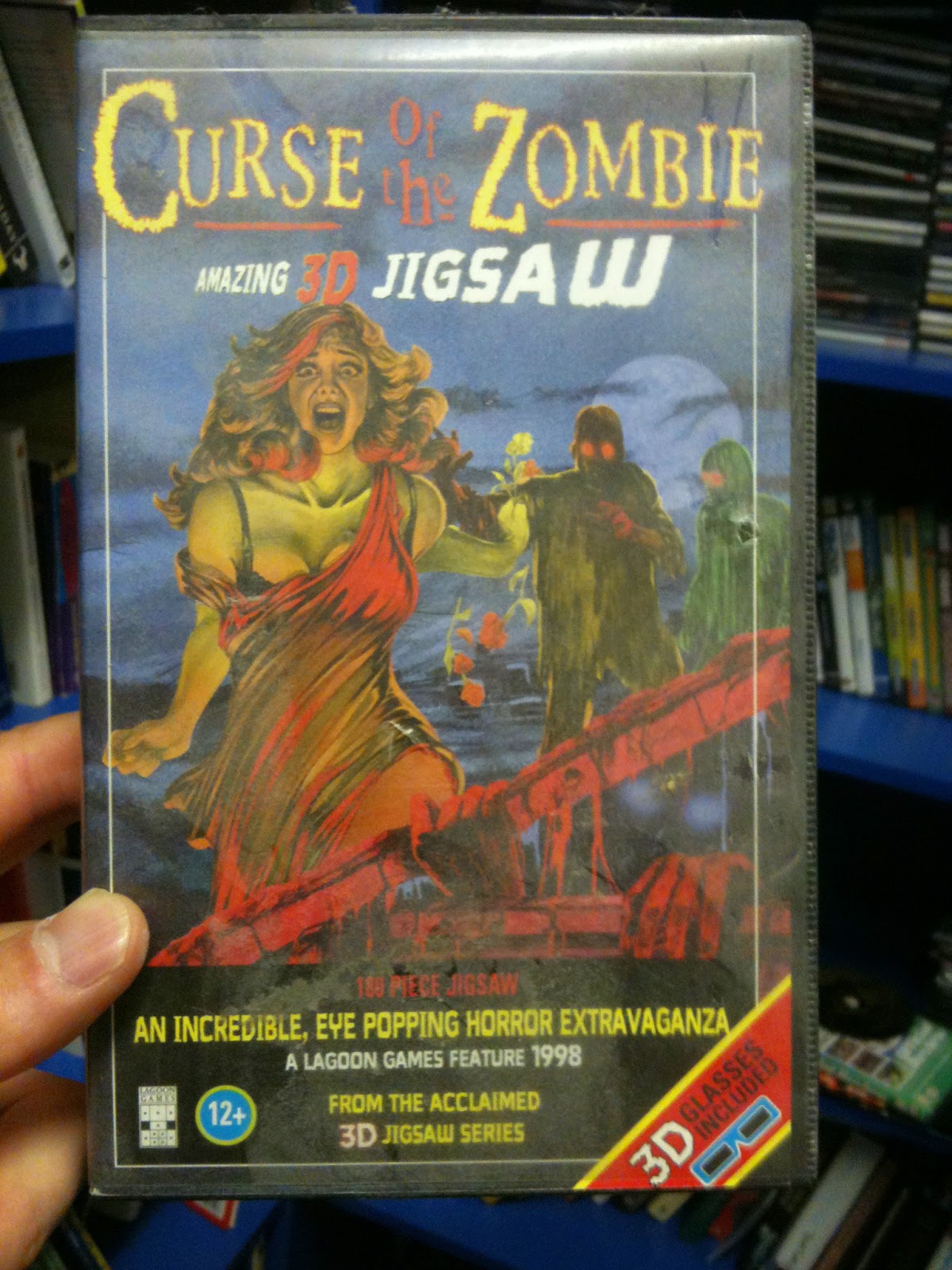 As halloween approaches I remembered this 'incredible, eye popping, horror extravaganza'. It was for sale in the Dalston - either in the St Vincent second hand shop or Oxfam in 2010 - I didn't buy it, it may still be haunting the shelves.
Posted by Blood and Property at 06:18 3 comments:

Creationism banned from schools - will this affect Yesodey Hatorah?

I haven't posted anything for a long time because I moved out of Hackney.  I am not sure what to do with this blog, any thoughts?

Anyway, below is a story I saw in June that I thought might have some relevance to Yesodey Hatorah. I believe the school's curriculum has some unconventional faith-based characteristics.

'Creationism cannot be taught as a valid scientific theory in any free school or academy, the government has said': http://www.politics.co.uk/news/2014/06/18/secular-triumph-as-government-bans-creationism-from-free-sch

No doubt Rabbi Pinter could explain whether it is relevant - I haven't asked him.
Posted by Blood and Property at 06:06 2 comments:

The Independent has published a letter from the heads of London's 12 sixth form colleges.

The letter outlines the cuts faced by the colleges and then says: '..it is entirely unjust that £45m has been found to establish an institution that will educate less than a fifth of the number of students currently enrolled at some of the existing sixth form colleges in London.'

One of the signatories is, Ken Warman, Principal of BSix Brooke House Sixth Form College in Clapton.
Posted by Blood and Property at 02:50 7 comments:

Back in 2010 Blood and Property reported a case of a 67-year-old man claiming to have been held hostage in his flat for six months.

At the time the allegation appeared highly unlikely.

Whether or not the claim was ever true it doesn't sound so extraordinary after these cases:
a) September 2011 police raided a traveller site in Leighton Buzzard leading to a case described in court as the first ‘quasi-slavery trial in this country for over 200 years'.
b) November 2013 three women believed to have been held as slaves for 30 years.
c) January 2014 Sheffield family jailed over slave beatings

The 2010 allegations in Hackney were thought to be a case of visitors refusing to leave a man's flat. The police charged the suspects for burglary, not for holding a man hostage but a statement from Hackney Police said: "The victim has been spoken to and does not wish the suspect to be arrested. A first instance harassment warning has been issued and if the suspect re-attends the address, then he may be arrested for harassment."
Posted by Blood and Property at 15:48 5 comments:

Michael Gove praised Hackney for cutting back a third of its social workers:

Hackney has bucked the trend, he said, with a model that “relied on holding social workers and managers to the highest professional standards: up to a third of staff have had to move on. “I am determined to spread this rigour throughout the children’s social care profession.” He added: “The London Borough of Hackney has every social – and economic – problem you could think of in modern Britain concentrated in its few square miles. “It also has some of the best - and most innovative social workers. “And they have developed an approach towards their practice which explicitly rejects the idea of their families as passive and powerless victims of circumstance or social workers as dispensers of other agencies’ services.”
Posted by Blood and Property at 10:17 No comments:

According to research from the Daily Telegraph the Yesodey Hatorah School in Stamford Hill is one of the most exclusive state schools in the country.

The survey says that the percentage of children eligible for free school meals in the local area is above 37 per cent while only 1.6 per cent of pupils in the school claim free meals.

There's a bit more about the schools admissions here on If you tickle us... a Q&A on admissions:
http://ifyoutickleus.blogspot.co.uk/2013/10/yesodey-hatorah-senior-girls-school.html

For more on the school and its headmaster Abraham Pinter:
http://bloodandproperty.blogspot.co.uk/search/label/yesodey%20hatorah%20school

Posted by Blood and Property at 04:07 No comments:

This appears to have worked. The fence is down. And it smells too. 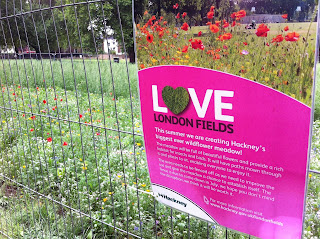 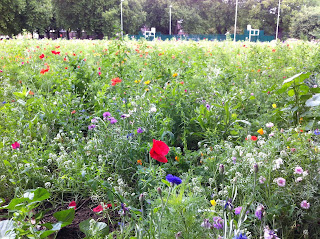 Lots of other people have taken pictures too:
http://www.kinseysblog.co.uk/wildflowers-in-london-fields/

Meg Hillier gave a frank interview to Blood and Property back in 2010 before the election.

In it she said: "Were the Conservatives to get in they would be bored of the word Hackney because I’d be bringing it up so often. I’d be looking endlessly at the Parliamentary end of things, looking at the detail of everything going through, every funding formula, any slight amendment or tweak that could benefit Hackney. Whether or not we could ever change it is another question but we would have to be ever vigilant."

"A superhead described by education secretary Michael Gove as “magnificent” has been suspended after it emerged that his boyfriend heads a company that provides IT services to his schools."

Or a council plot - according to the Evening Standard:
http://www.standard.co.uk/news/education/superhead-hailed-magnificent-by-michael-gove-suspended-after-contracts-went-to-his-boyfriends-it-firm-8736007.html

Posted by Blood and Property at 06:33 No comments:

Hackney JSA claimant numbers rose above 10,000 again for the first time since June. 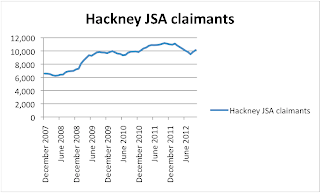 The rate - percentage of the working populations aged between 16-64 and 16-24 (youth unemployment) - both rose in October.

Hackney's development is not just a local concern

According to an article in the Financial Times Hackney Council is "teaming up with landlords, architects and property developers to mastermind a 'fashion hub'..." building on the success of the Burberry factory outlet in Chatham Place.

The target, it seems, is Chinese cash. The article said many of the 600,000 shoppers per year who visit the Burberry store are Asian. But Councillor Guy Nicholson, Hackney council cabinet member for regeneration said: "Pretty much none of those visitors remain and start to engage in the local economy in any way." 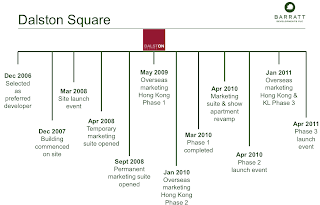 Read more »
Posted by Blood and Property at 16:26 No comments:

Has the Hackney Gazette been gutted? 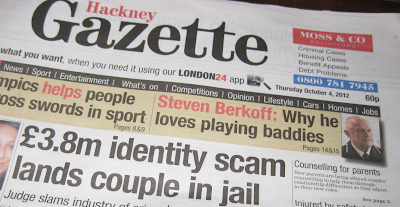 Archant, the private company which owns the Hackney Gazette, has said the paper's editorial team will be merging with the Islington Gazette before a redesign for the paper  (full statement below).

A press officer at Archant told Blood and Property that the Hackney Gazette title would remain but could not comment on whether it was true that the paper would only have one dedicated member of staff or that it's longstanding news editor was being moved to the East London Advertiser.

As part of its investigation into empty shops the Greater London Authority's Economy Committee will be taking a look at Chatsworth Road today - Friday 14 September.

The investigation is looking for solutions and Chatsworth Road may have some and more.

But it is also looking at other problems: 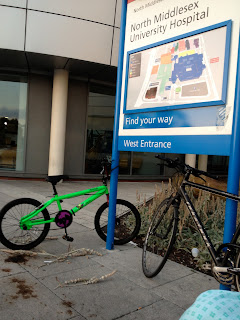 I went to see a friend at North Middlesex University Hospital this evening (Sunday). He is a smoker and we sat outside the £121 million recently refurbished hospital while he had a fag.

We sat on a bench to the side of the main entrance and I noticed a trail of what looked like mud on the ground next to the bench. Then I heard a couple of people lingering nearby dissuading their friends from walking into the area due to the "human shit" on the floor.

Read more »
Posted by Blood and Property at 16:03 No comments: 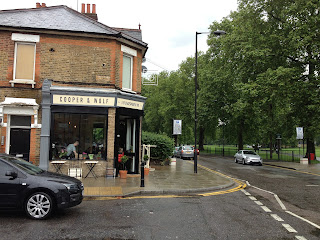 Cooper and Wolf opens up at the north end while 46b espresso hut opens to the south.
Both maintain the Chatsworth Road grey theme and could add to the road's reputation as the frontline of Hackney's gentrification. 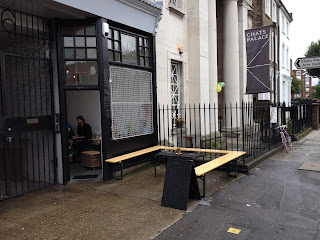 Research done in 2005 found that young people and men on the dole slow down their job searches if they are not watched closely - the findings have inspired a new experiment on East London's unemployed.

This requires thousands of JSA claimants to sign-on once a week rather than once every two weeks and will therefore increase the workload of a diminished Jobcentre workforce.

The original research did the opposite and greatly lowered the number of visits that unemployed people claiming Job Seekers Allowance (JSA) had to make to Jobcentres.
Read more »
Posted by Blood and Property at 16:21 2 comments: 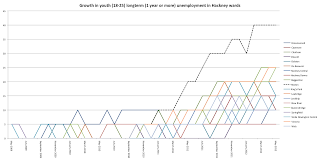 Of all the wards in Hackney, Hoxton has the highest number and proportion of 18-24-year-olds who have been claiming Job Seekers Allowance for more than a year.

Unemployment down except in Queensbridge: Pipe fears Boris betrayal

This is a brief look at how unemployment and Job Seekers Allowance (JSA) claims have fallen again in Hackney and whether the economics suggest that this is likely to continue.

I'm afraid there are a lot of charts here. If you want a closer look, click on them and they should expand. The data comes from the government's labour market statistics site Nomis.
Read more »
Posted by Blood and Property at 07:26 No comments:

UPDATE: A murder suspect (Now charged, details below) was injured when police fired a taser during his arrest on Friday afternoon (22 June).

The incident that has been reported to the police watchdog the Directorate of Professional Standards.